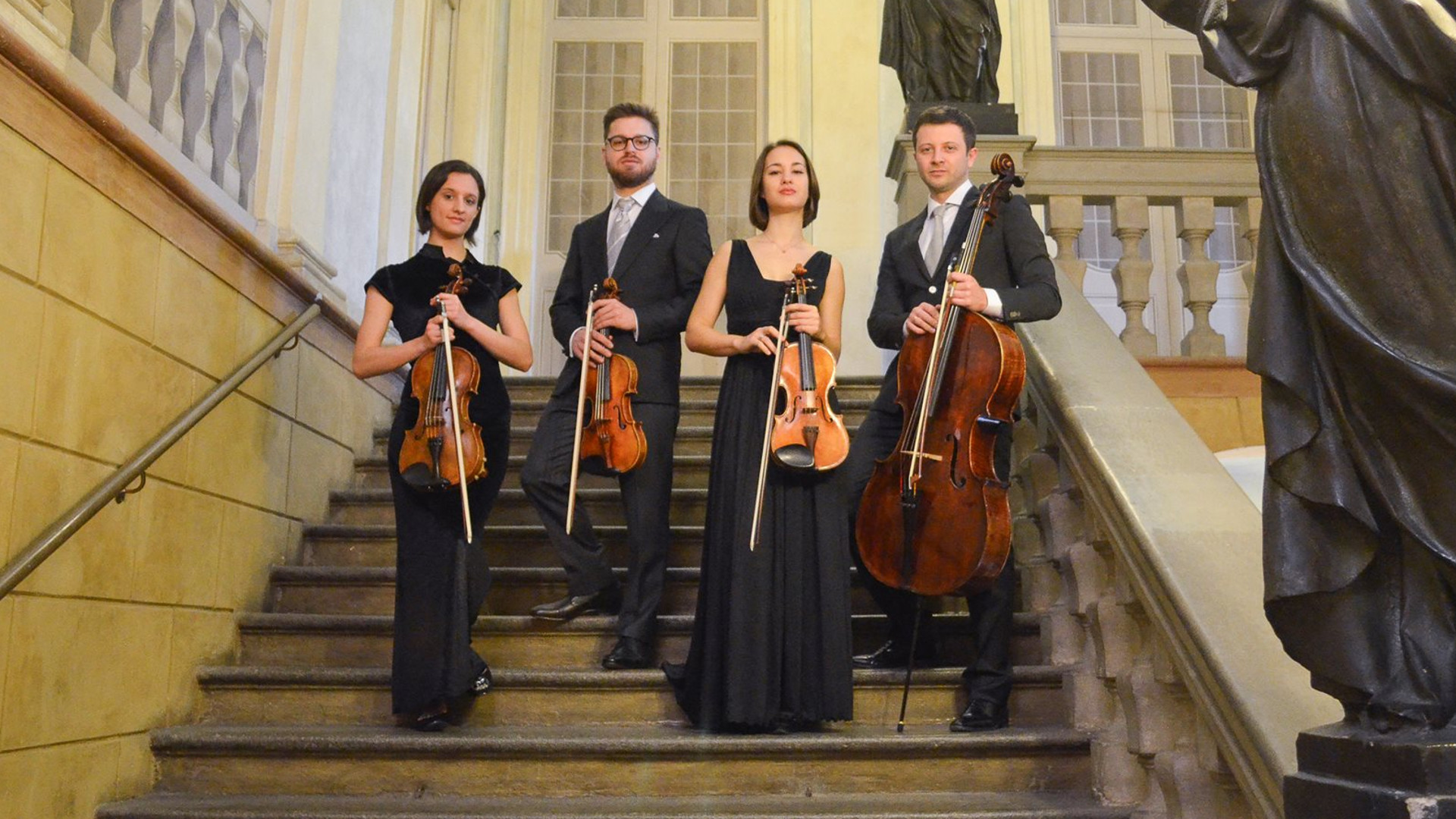 The concert will open with a short early composition by Webern, still linked, with its “cantabile” expansiveness, to the late Romantic tradition. The programme revolves around Bartok’s Third Quartet, a score characterized by a strong dramatic tension, touched by expressionistic inflections. The programme will end with Zemlinsky’s imposing Third Quartet, composed in 1924, that expresses in the clearest way the thought of historic Viennese XIX Century – and that of Berg in particular. It is linked to the avant-garde of that time, but it does not share the serial organization Schönberg was heading to. Quartetto Adorno – that is considered one of the most qualified new chamber ensembles in Italy – recently won the “Una vita nella musica” Prize, promoted by Teatro La Fenice. Founded in 2015, the quartet perfected at Scuola di Musica di Fiesole.