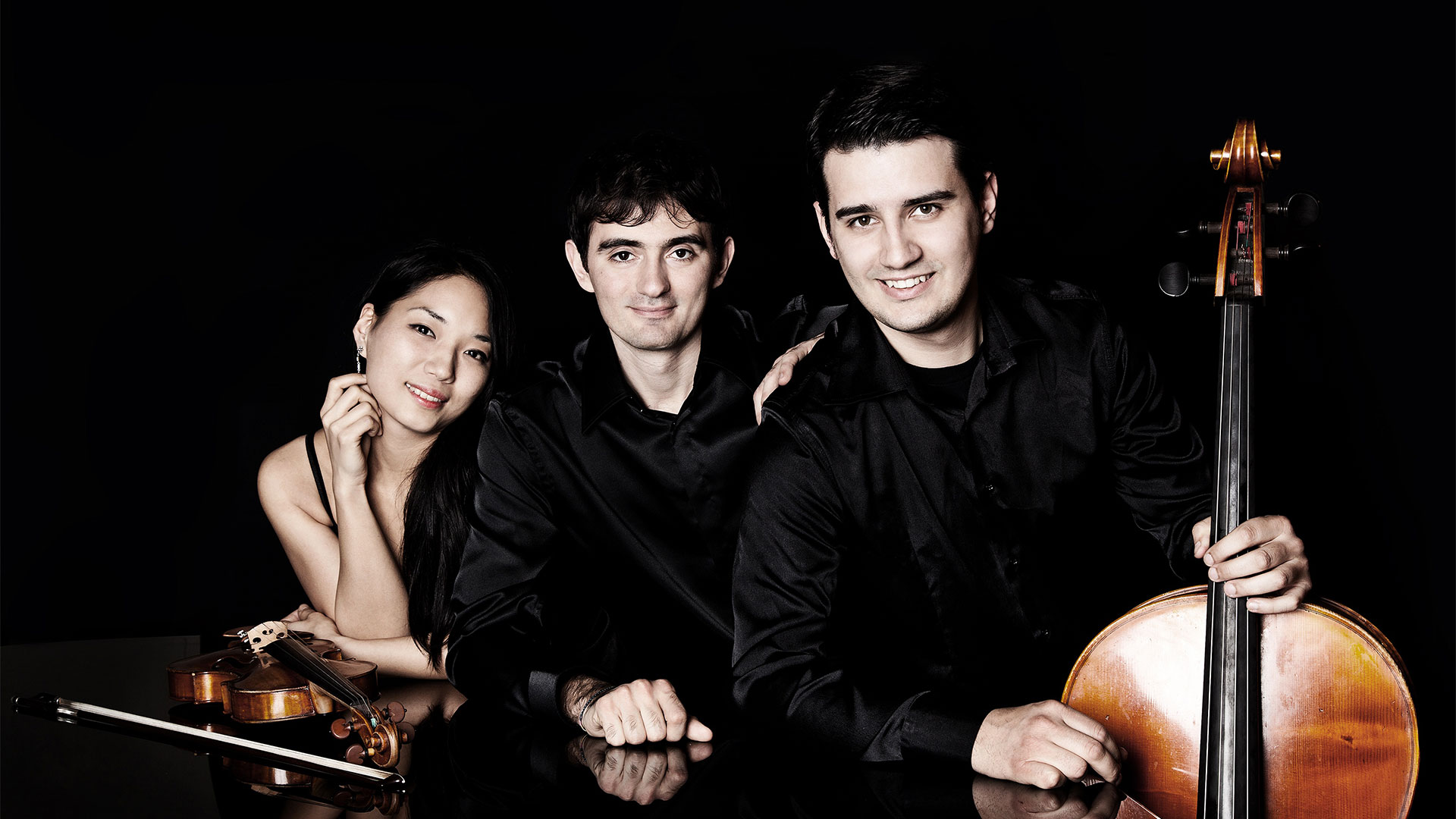 Lena Yokoyama (violin), Alessandro Copia (cello) and Diego Maccagnola (piano) studied chamber music with Trio di Parma and Atos Trio and they further refined their style with other great masters, travelling through Germany, Austria, Norway and France. They will propose two great “classics” of the early years of the 19th and 20th Centuries: the visionary Beethoven of the “Ghost” Trio and the exuberantly vivacious Ravel’s Trio in A minor, which was presented to the public for the first time in January 1915 in Paris. They will then provide a glimpse of the 21st Century with Kagel’s Second Trio, filled with subversions like all of his music.

Second Trio in One Movement

BUY ON Vivaticket
BUY ON Classictic

This website uses cookies to improve your experience while you navigate through the website. Out of these, the cookies that are categorized as necessary are stored on your browser as they are essential for the working of basic functionalities of the website. We also use third-party cookies that help us analyze and understand how you use this website. These cookies will be stored in your browser only with your consent. You also have the option to opt-out of these cookies. But opting out of some of these cookies may affect your browsing experience.
Necessary Always Enabled

Any cookies that may not be particularly necessary for the website to function and is used specifically to collect user personal data via analytics, ads, other embedded contents are termed as non-necessary cookies. It is mandatory to procure user consent prior to running these cookies on your website.